Ailodons (pronounced \aɪ.ˌloʊ.dɒn\) are strange organisms who hail from the paradise world of Ailosis. With super soft floral covering and nice, humid atmosphere, they were somehow able to survive as essentially little more than a massive ocular organ. Due to their pathetically frail physical form, few Ailodons found off-world have not been either genetically manipulated/enhanced or wear mechanical environmental suits.

"Ailodon Natives are extremely weak sapients capable of very slow movements and little else. When they reached space they began to genetically augment their offworld and working class; few know their true form."

"Ailodons, being as weak as they are, had little in the way of garments during their early civilization. Its entirety generally consisted of strung-together grasses to camouflage them from foes."

"Civilization eventually befell the Ailodon, and they became significantly more bold. A sign of stature was the size of fauna skull you would wear on your wide-brimmed hat, showing how well you could best the predators of the world."

"Ailodon Civilians are the typical form altered Ailodons are given. Their nervelimbs have been slightly deadened so that they can move and manipulate without suffering extreme pain."

"Ailodon Manipulators are an Ailodon augmentation which are able to manipulate twice as many items at once."

"Ailodon Axeluses an Ailodon augmentation. They are mechanics and their smaller eye allows for focusing on smaller objects close to the face."

"Ailodons Springers are an Ailodon augmentation which are able to leap forward in massive jumps through the utilization of their springtail."

"Starmayors govern the star-traveling Ailodon townships. Generally a little eccentric, they are often well-liked by their allies. This individual supports the Ailodon Augmentative — the ruling government of Ailosis."

"Starmayors govern the star-traveling Ailodon townships. Generally a little eccentric, they are often well-liked by their allies. This individual supports the Ailidatron — a rebellion preferring technologic over genetic augmentation."

"When the Augmentative began forcing genetic augmentation on its populace, numerous Ailodons rebelled. The deadliest of these groups are the Ailidatron, who support technological augmentation over genetic."

"Some Ailodon citizens have joined various space pirate agencies such as the Crux. These are often extreme thrillseekers excited by the idea of dodging death at every possible turn."

"Ailodons are r-strategists; because of this they appear in large numbers. This is unfortunate, as despite their tiny, compact forms the Xrondo have figured out a way to infest them, as well. This combination does not bode well for the galaxy..."

3 Delegates: An Ailodon asks a Ciitarkian if they have seen the Aurix one.

A tribal Ailodon, early in their civilizational development 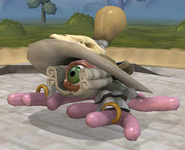 A citizen from their civilization era 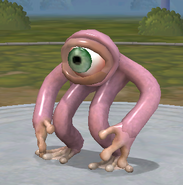 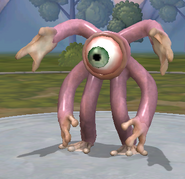 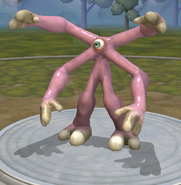 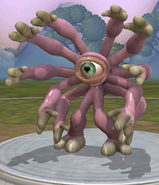 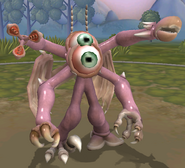 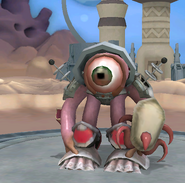 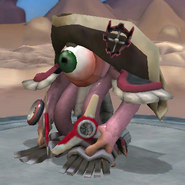 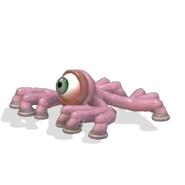 Ailodon Native (C&C Version) PNG
Add a photo to this gallery
Retrieved from "https://extraterrestrialfanon.fandom.com/wiki/Ailodon?oldid=8309"
Community content is available under CC-BY-SA unless otherwise noted.